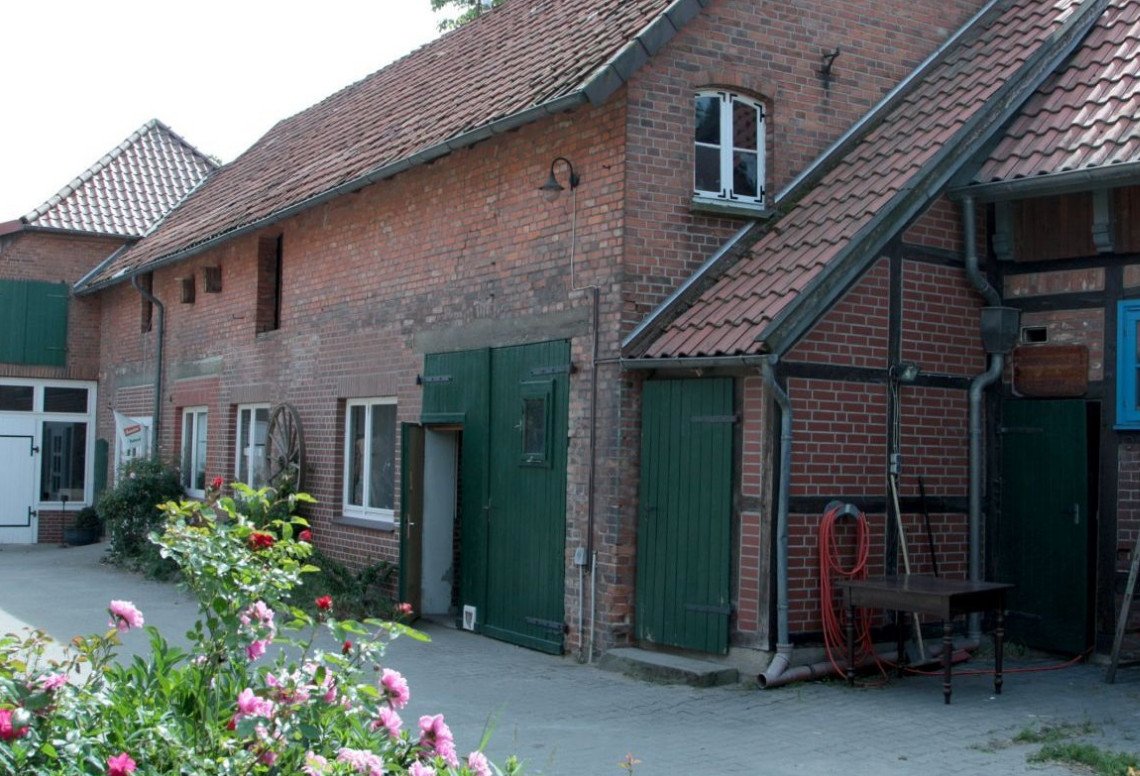 Three generations, three courtyards, one mill – together this is Bauckhof. Discover how a small farm on the edge of the Lüneburg Heide became an idea that continues to this day. Get to know their history and see how the Bauckhöfe operate today. From Eduard Bauck, who discovered the concept of biodynamic agriculture for himself, to the establishment of the agricultural society as a new form of economy, to the cohesion of the individual Bauckhof units today.

The Bauckhof story is the story of an idea that was brought to life by a family over three generations and together with numerous companions and is constantly being further developed. An idea that inspires people. It is the story of three farms and a mill that have developed their own identity over the years and yet have remained true to their vision.

The simple basic idea is the preservation, promotion and further development of the biodynamic economy. This is also the connecting bracket for the three courtyards and the mill. The idea is brought into society through the marketing of the products. New forms of legal and economic framework conditions create the necessary freedom for implementation in practice.

The cornerstone for this extraordinary, social and economic experiment was a groundbreaking decision that Eduard Bauck made in 1932 for his farm in Klein Süstedt: He decided to discontinue his ultra-modern pig fattening, which, according to the convictions of the time, was already being operated with a lot of manure and artificial fertilizers . He was worried because there were no earthworms left in the soil and instead began to work biodynamically.

Over the years, Edward’s marriage and inheritance added two more farms. The marketing of the farm products began and the Bauck sons and their families worked hand in hand. In the 1960s new questions arose. How can we manage the three farms together? How can the biodynamic work for the preservation and healing of the earth be secured for the future? How can we free the soil from property, inheritance and speculation in order to create space for the further development of the biodynamic idea?

Many ideas were discussed together with the founders of today’s GLS-Bank, who were also looking for new forms of business at the time. In 1969 the farms were taken out of private ownership and transferred to the non-profit agricultural research company. Thus, the Bauck sons and daughter Lenchen with their families and employees were no longer landowners, but responsible for further developing the common goal. All family members had agreed to work in this new economic form as a joint venture on the three farms and in marketing.

The courtyards and the mill are characterized by breaking new ground and combining alternative forms of economy with social and societal engagement and economic success. All three Bauckhöfe and the mill are located in the Lüneburg Heide in Lower Saxony.

The Bauckhof Klein Süstedt is the nucleus of today’s Bauckhöfe. Birthplace of the marketing of bread grain and carrot mail. Today with a focus on chicken farming for egg and meat production, own meat manufacture and production of heather potatoes.

The Bauckhof Amelinghausen was added through Eduard Bauck’s marriage to Wilhelmine. Biodynamically managed by the Bauck family since 1948 and now specialized in milk, cheese, field vegetables and cooperation with Walddorf schools.

The Bauckhof Stütensen was acquired by inheritance. Since 1969 as a socio-therapeutic living and working community in biodynamic management.

Founded in 1969 as a processing and marketing company for biodynamic foods. Arose from the need to carry the biodynamic idea through the products into society, from the need to market the agricultural products of the North German Demeter farmers. From Eduard’s passion for milling, from taking over a small Demeter wholesale company and from the growing demand from health food stores, green shops and farm customers.

Our relationship with Bauckhof has been built over the past 20 years, through the Demeter Association, of which we are both committed members. Bauckhof is thanks to its mill, one of the largest regional cereal producers. We have had their flour and oatmeal in our assortment for 25 years. In our efforts to reduce waste as much as possible, through our initiative to offer our customers fresh products and not packaged in guaranteed glasses, Bauckhof is a valued partner.In addition they also produce meat products that you can find also in our sortiment.

But we actually had our first points of contact before we founded our farm – during trips to West Germany; looking for ideas for a perspective for the LPG after german reunification in 1990. It was also the Bauckhof that inspired us to go into biodynamic farming!

For they, this is much more than just leaving out harmful or toxic substances. We like and support that they are concerned with maintaining and improving soil fertility, plant and animal health and the individuality of the farm and the company. They continue to see themselves in a pioneering role in the processing of essential questions in connection with the Demeter Impulse. These include, for example, animal husbandry, soil fertility and the individual development of people in the community. Always on the basis of good technical, biodynamic work and good manufacturing practice in everyday life. 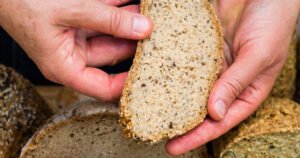 Demeter quality in the community

In addition to product quality, organic quality and nutritional quality, they are also concerned with social and process quality. Good interaction with one another, understanding and tolerance of differences, ability to talk and resolve conflict.

They are concerned with responsibility for the earth, animals and plants. But also about the careful use of resources such as energy, soil and water. Responsibility in business life, transparency, honesty and openness in everyday business are also part of it.

Responsibility in the community

Every Bauckhöfler is given a portion of responsibility and freedom in order to develop himself and his work area in line with the Bauckhof vision. Everyone has the opportunity to take responsibility for themselves and their fellow human beings and the environment and to help shape it. This basic idea of ​​the anthroposophical study of the human being is particularly visible in the work with physically and mentally impaired people.

It is estimated that around 50 million chicks in this country end up in the trash because they are of the wrong sex. They are male and therefore cannot lay eggs. And in the eyes of many producers, they are unsuitable for rearing because their breed is good for laying eggs but does not provide much meat. This is done by other chicken breeds specially bred for fattening. Animal rights activists have long denounced the massive killing of the chicks shortly after they hatch. But there is obviously a rethinking.

It enables male chicks to live and grow into proud roosters. Carsten Bauck told “Galileo” how the idea came about and how it could be implemented.